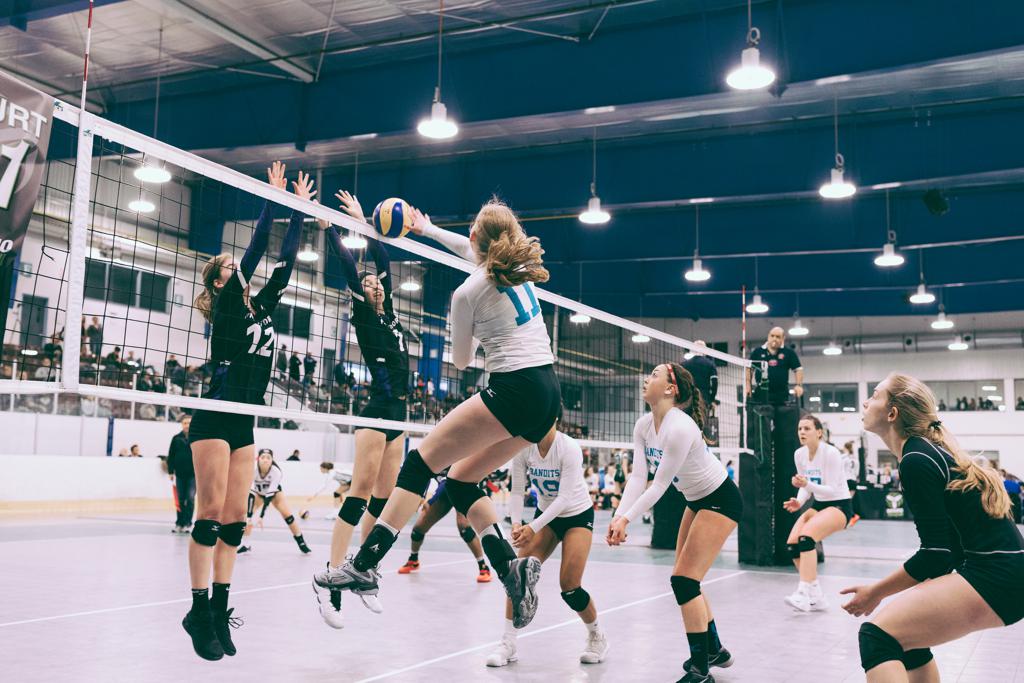 Before 2007, OVA Clubs hosted Provincial Championships based on a bidding process. The Championships, while successful, were not much different from regular season events; teams and age categories were segmented and scattered across the province, with little interaction outside of one’s Club, team or age division.

As the OVA continued to grow, and more hosts were required, so did the idea that the Ontario Championships (OC's) should not only be a reflection of a team’s journey over the season and a testament to the skill and talent of athletes and coaches, but a way to bring the volleyball community together to commemorate the volleyball season and showcase their sport in Ontario.

The OVA realized a change was in order and began to turn its focus toward transforming the Ontario Championship environment to one that would be the ultimate volleyball experience, both on and off the court. From participating athletes and coaches to parents and spectators cheering in the stands, the OVA was determined to make the Championships a true celebration of volleyball in Ontario.  While many suggestions emerged as to how the OVA should go about amalgamating the competition of Provincial Championships with a sense of community and festivity, one vision seemed to be a reoccurring theme – why not bring everyone together and have all teams and all age categories participate under one roof? And so, the idea of an open-style Championships was born.

“The idea to change the format of Championships was driven by our underlying goals to promote volleyball with a showcase event and to draw attention to a large single event rather than a series of smaller events across the province,” said Jos Nederveen, a long-time previous Board Member and OVA Hall of Famer.

The new concept was also well-aligned with the Long-Term Athlete Development (LTAD) model, which was, and is, at the forefront of amateur sport in Canada.  An all-inclusive open-style event would provide a good opportunity for younger athletes to observe higher-caliber volleyball in older age divisions. With LTAD added to the growing list of benefits, the idea was endorsed by the OVA Board of Directors.

Next, it was time to search for a venue. What facility could possibly house that many teams, coaches, and spectators?

Dustin Reid, the OVA Technical Director at the time, suggested RIM Park Sportsplex in Waterloo.  Having just visited the facility with then Executive Director, Orest Stanko, he felt that was an ideal venue for a large-scale event and the perfect place to try out the new Championship format.  The dream of an open-style format Ontario Championships began to turn into a reality.

A way to test the waters and gain experience in hosting such a large event, OVA decided to try out its new Championship format hosting only the 14U and 18U age categories and genders in the inaugural year.  The turnout at RIM Park was astounding – 153 teams across both age divisions and genders participated in the 2008 Ontario Championships. With positive feedback from clubs, players and parents, it was clear the open-style format was a success.

With the addition of 15U, 16U and 17U age divisions in 2009 and the 11U to 13U  divisions from 2010 onwards, the OVA has seen the number of teams participating grown immensely with an overall increase in registration of 466% from 2008 to 2019! The Ontario Volleyball Championships, which now span four weekends of competition each year, have become the largest Provincial Volleyball Championship in Canada. A festival atmosphere, the Championships also feature a vendor area, the presentation of the Ken Davies and Evelyn Holick Awards, All Star presentations and coaching presentations to assist with coach development.

The event has garnered a great deal of media attention over the years with Rogers TV filming matches for local television and a multitude of local newspapers and radio stations from across the province writing and talking about the Championships in their communities. However, in 2010, the OVA saw the event’s recognition move to the national stage with Canadian Prime Minister Stephen Harper in attendance, which was followed by an article in Maclean’s Magazine.

“The new open-style has certainly helped promote our sport, not only to potential sponsors and vendors but also to the entire volleyball community who now not only get to see their own age, gender and division play but are also exposed to the play of others,” said Nederveen. “It gives athletes and coaches a greater appreciation of how much volleyball has grown over the past few years.”

After thirteen consecutive years at RIM Park in Waterloo, the 2020 Ontario Championships moved into Enercare Centre in Toronto in what was supposed to be the largest Championships to date. The six-day event had 837 teams registered to participate across eight age categories playing on 56 state-of-the-art sport courts! The 2020 installation also marked the first time sitting volleyball was to be played at the Ontario Championships. However, the COVID-19 pandemic brought the world to a standstill and the Championships were cancelled.  As the pandemic continued to spread chaos across the world, the 2021 Championships which were supposed to be split between the City of Mississauga (Paramount Fine Foods Centre)  and City of Waterloo (RIM Park) were also cancelled.

Given the success and positive feedback after each Ontario Championships, the OVA will not only continue to provide opportunities for clubs, coaches and athletes to highlight their skills at a showcase Ontario Championships, but we will challenge ourselves to make it bigger and better each year.  We look forward to being back on the court for the 2022 Championships at RIM Park and Paramount Fine Foods Centre!