For the second year in a row, the Ontario Volleyball Association (OVA) hosted a socially distanced Annual General Meeting (AGM) via Zoom on Sunday December 12, 2021.

The AGM brought together the Ontario Volleyball Association membership and community at large to celebrate and inform the membership on the recent fiscal year and to elect and replace the outgoing members of the OVA Board of Directors.

After President, Blair Mackintosh called the meeting to order, the Executive Director Jo-Anne Ljubicic presented the 2020-21 Annual Report and a video summarizing the past fiscal year.

Following the presentation, OVA Director of Finance and Administration, Jennifer Harkness and Vice-President of Finance/Treasurer, Bridget Child provided the membership an overview on the audited financials from 2020-21 and presented the motion to appoint an auditor for the 2022 fiscal year.

Corinne Williams, the Nominations Committee Chair then led the elections for the five positions on the OVA Board:

Two new members were elected through an online voting system to accommodate the virtual setting and 3 OVA Board positions were acclaimed.

Congratulations to Katie Hutchinson,  the new OVA  President,  Daphne Choi in her new role as Vice President Admin/Secretary,  Howie Grossinger as a new Director at Large, Danny Gosselin as the Director of Regional Engagement and to Victoria Altomare in her acclamation to the newly created role of Athletes’  Representative. A big thank you goes out to all individuals who put their names forward for this year’s election. 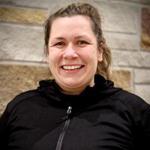 Katie has 13 years of experience coaching and many more as a player and adult league creator. She truly has experienced what it means to love “Volleyball for Life.” A coach of various disciplines and levels over the years, Katie’s holistic approach to coaching at every level from SPIKES grassroots to the 16U high school and club programs has helped her navigate the intricacies of the fair play system to the beginning of recruiting and the US vs. Canadian systems. Off the court, Katie helps Leaside Volleyball Club with much of its administration and seasonal planning and has served as Region 5 President and Treasurer. Outside of volleyball, her professional and technical background is in Not-for-Profit management, leadership, fundraising and programming. Katie’s volleyball experience at the coaching and administrative level is vast and we look forward to her providing great direction alongside the board of directors.

"I’m so looking forward to beginning this journey as president of the OVA. I am motivated by a vision where all athletes in the OVA are participating in fun, safe  and competitive environments. I will be guided by this vision as I move forward with my new colleagues in supporting this great sport." 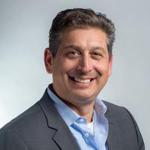 Howie Grossinger is a longtime member and partner of the OVA. In his almost 40 years of experience with the OVA, he has been an athlete, coach, parent spectator and sponsor of the Association. In 2018, Howie bought a team in the ONE Volleyball League and managed Madawaska Madness for 2 years prior to the pandemic. Outside of volleyball, Howie was a teacher for the first 10 years of his career before changing career paths in 2001 where he became the Co-owner and Director of Camp Robin Hood and Camp Walden and has since taken over Madawaska Volleyball Camp. He brings a wealth of experience to the Board table as he has sat on various Boards in Ontario, including Maccabi Canada and was the President of the Ontario Camps Association between 2013 to 2015. Most recently, he has been a member of the Ontario Camps Association COVID-19 Task Force. We look forward to having Howie utilize his leadership, culture building, communication, and problem-solving skills at the OVA's Board of Directors table.

“I am grateful for the opportunity to support the OVA as a member of the Board of Directors. I look forward to working alongside other Board members to help move our great sport and association forward.” 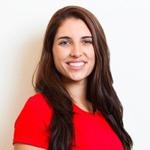 Victoria has an extensive career as an athlete and coach within the Ontario Volleyball Association. Victoria played indoor club ball with Aurora Storm, Scarborough Falcons,  Scarborough Crush and played for Region 5 in the Team Ontario program. She was a force on the sand and was a member of Team Ontario Beach and Canada’s National Beach Volleyball team.  Victoria  and  her  partner Melissa Humana-Parades placed 2nd at the U21 World Beach Championships in 2011 - the first-ever medal for the women’s event since its inception in 2001. In addition to playing, Victoria found the time to be the Athlete Representative  for  Canada Beach and for the OVA’s Beach Committee. Since retiring from the sport, Victoria has given back to the game by coaching  development programs with Phoenix Volleyball and Pakmen  Volleyball Clubs and assisted with the Team Ontario Beach Spain 2019 Mark Break training camps. She is a Mentor Coach for She can Coach with the Coaches Association of Ontario. After graduating with her Master of Arts in Child Study & Education,  Victoria has worked as a teacher at Upper Canada College and this past September, she moved into the Athletic Director  position.

"I am very excited to be joining the OVA Board of Directors as the Athletes' Representative.  My time as an OVA athlete has given me my best memories and connected me with some of the most impactful people in my life. I am extremely passionate about developing our athletes both on and off the court and I look forward to working alongside other passionate and committed members of this volleyball community!"

This was the final year for Blair Mackintosh (President), Orest Stanko (Vice President of Administration/Secretary) and Chris Lawson (Director at Large) in their respective roles. The OVA would like to thank each of them for their dedicated years of service and contributions during their tenures on the Board.  Even though their roles in volleyball administration will change, we know their ongoing dedication to “Volleyball For Life” will continue in other roles.  We are thankful for their collaboration  with the staff and membership to continually develop our sport.

The new OVA Board of Directors is as follows:

Fiscal 2020-21 was another challenging year due to the ongoing worldwide pandemic. We faced the greatest challenges our sport has ever seen with the pandemic and its obstacles, and ongoing provincial lockdowns but the OVA and Ontario volleyball community remained adaptive and held strong in an optimistic manner.

We look forward to what will happen in the New Year as we reintroduce indoor tournament formats for all age divisions in January 2022. We will keep the sport going as safely as we can for our members and look forward to seeing you all back on the courts soon.