Despite what you’ve been told, there is an “I” in team.

A singular focus can often narrow opportunities and limit potential. Mettle Sports Training has been established on training principles accumulated over many years of integrating philosophies from therapy, strength and Olympic lifting - and everything in between. With all of our combined experience in the gym and clinic, we know inherently that NO training program that is meant to build strength or speed or power, will ever work without the mental skill necessary to be successful. This is also true about team. No one athlete, as strong as they may be, can win it alone, and without a core set of team values, it makes it challenging for even the most skilled athletes to thrive in a team environment. For this reason, we continue to strive towards providing athletes the complete care needed to excel in all areas of life and sport. This article is a generous contribution to our Mental Performance pillar, provided by our good friend Kimberley Dawson, PhD. Kim is a professor of Sports Psychology at Wilfred Laurier University. Kim works with amateur and Olympic athletes throughout the year at her private consulting business, Mind 2 Achieve. 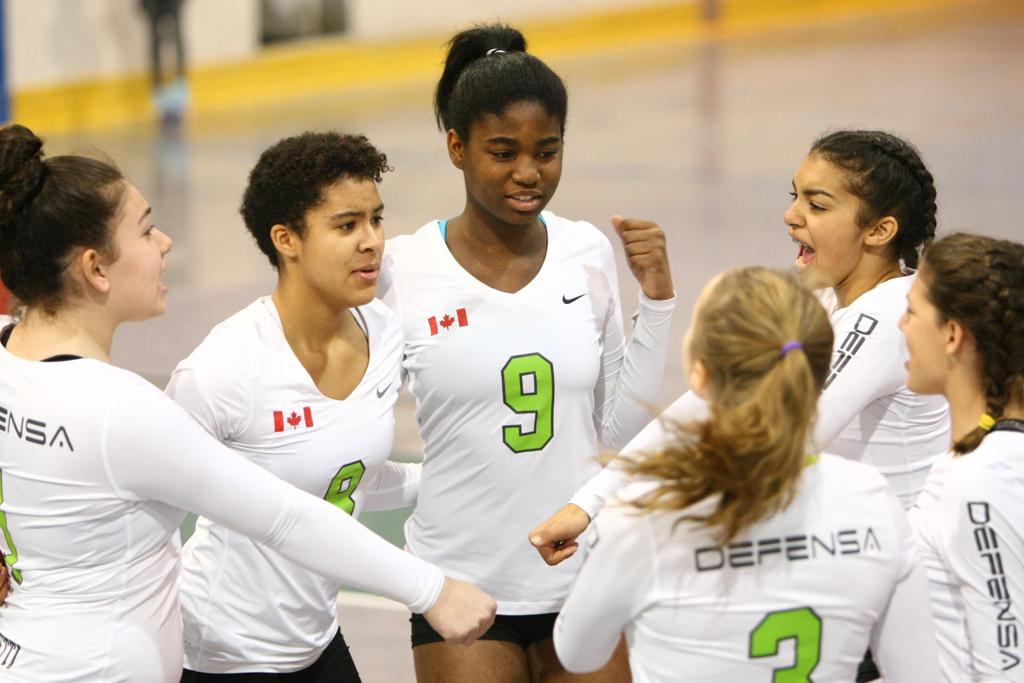 In a few days, the gyms will once again be filled with energetic kids eager to demonstrate their volleyball acumen to coaches who are tasked with selecting the most productive and skilled team possible.  Selecting an effective team is like baking a cake.  Any baker knows that you can follow an instructive recipe, add all of the seemingly relevant ingredients, and the cake will still fall flat when taken out of the oven.  The same thing can happen when selecting a team.  There is an art in the science of team generation. Many factors must be considered when selecting a group of individuals and building an effective team. Most coaches over-emphasize the evaluation of skill and use this solely as the selection criteria.  While individual ability is extremely relevant, other potential team factors must also be considered.

Two possibilities can occur when individuals transition into groups.  Most desirable, the group can become stronger and more effective as a collective than when compared to the individual components.  The group gets stronger because of motivation gains (i.e., individuals want to give the team their best effort and they are willing to accept the team role that they have been assigned). The team also experiences coordination gains (i.e., the individual players work cooperatively with the group to compete effectively and efficiently).  Both motivation and coordination gains can increase the potential of the team demonstrating competency that is greater than what the individual is capable of alone.

However, in some situations, the collective team identity never becomes stronger than the individual skill set of each player.  Group potential is not actualized because the team experiences motivation losses (i.e., the individual did not accept their role and was not motivated to be part of the group or the group is unwilling to absorb the errors of the individual player) or coordination losses (i.e., the individual skill sets and volleyball IQ of team members are so highly variable that it is hard for players to coordinate their efforts in an effective manner).  Similar to the forces involved in flying an airplane, the weight and drag on this type team does not permit it to lift or thrust.  Team skill stays stagnant, competitive play is limited, or individual skill actually degenerates.

Selecting a team that doesn’t effectively grow over time can cause great frustration for coaches and players alike.  While there is never a 100% probability of transference from individual skill potential to group productivity, there are things that coaches can do to help control how a team will develop.

Finally, as the coach, understand that every person involved with the team has the potential to make the team better and more facilitative or weaker and more debilitative.  In your selection decisions, consider future challenges that may divide a team over the course of the season such as an individual missing a high number of practices, egotistical attitudes, poor work ethic, unrealistic expectations, over evaluations of skill, etc.  Pay close attention to the individual members that you are selecting to form a cohesive and productive group.  Without close scrutiny to the group formation process, you may get lucky and select an effective team, but with careful evaluation, you will increase the probability of this occurring.  You are interested in selecting players who understand that all effective teams require compromise and sacrifice on individual parts.  In group sessions, I help teams identify how effective teams think, feel, and respond to each other.  Crucial to team building is the concept of self-awareness.   Team members must identify something they will take onto the court that makes the team stronger, while leaving something on the bench that could potentially sabotage the team dynamics.   While effective team selection takes mindfulness and planning, the results of this effort can be a more satisfied group of individuals, and ultimately, a more competitive team on the court.