'Sandy Silver' Coach of the Year Awarded to Lisa Watson

The Ontario Volleyball association is proud to present the 2022 Sandy Silver Award to Lisa Watson of the Kitchener-Waterloo Predators Girls 18U Synergy.

Lisa Watson, along with Dave McIntyre and Trevor Francis, started the Synergy team as 8-9 year-olds in 2013 and has coached the athletes through their development, COVID stoppages and onto the national stage. This group of young women have spent nine years under Watsons watchful eye and in 2022 won a third straight National Title. A 14U National Title in 2018 and 15U National Title in 2019, only the pandemic was able to derail this powerhouse of a team. Most of this team is done at the club level and have already committed to playing at USport level or in the United States. There are also a handful that have been chosen to represent Ontario and Canada U19 and U21 teams.

On top of her role with Synergy, Lisa led the 15U KW Predators Momentum Team to 5th at Provincials, was the Head Coach for Team Ontario Black, Assistant Coach with Team Ontario Elite, a guest coach with Team Ontario for Canada Games and a Mentor Coach at TORP. This reads as a career resume, but Lisa has somehow rolled it into one very busy season.

Lisa is highly regarded within her club and McIntyre shared his own thoughts on her as both a coach and a person. “Our partnership coaching these two teams over the last nine years together has been one of the most rewarding and joyful of my coaching career and my life in general. None of this would have been possible without Lisa. Her friendship, her support, her knowledge is invaluable to me and the experiences we've had coaching these two groups (Ubuntu and Synergy) both together and separately, as I said, have been incredibly memorable. Her dedication to her players and the sport, her completely unselfish nature. She is the right mix of loving and demanding as a coach that she gets the most out of, not just the most out of her player, she gets the most out of everybody around her. Whether it's assistant coaches, whether it's other coaches, whether it's club executives, referees, she is incredibly motivating, and I think she's able to do that because people understand that she loves what she does. She loves the people she's dealing with, and I think people innately sense that about her from parents to players to everybody. There's so much I could say about Lisa. None of this would have been possible without her. Nothing.”

She believes it is her passion for learning that has helped her get where she is but having other great coaches around to soak information out of helped develop her knowledge. Watson noted Paul Paven, Kelvin Hui, Dave McIntyre, Steve Clinton, and long list of Team Ontario coaches she has worked with have helped her become the coach she is today.

Lisa was very quick to credit the Predators Club and its members in helping her achieve this award. “I think it's a great testament to our club and the support that they have for us as coaches and then the kids as athletes and the holistic approach of our club. So, it would definitely be about that. But you gave me the best news of the day. That Dave is getting it (Men’s Coach of the Year Award) and I get to stand beside Dave, I couldn't be happier to stand beside another person.”

Watson plans on continuing with developmental coaching roles for the foreseeable future. “I love what I'm doing, I mean, I don't know if post-secondary volleyball is where I need to be or I don't think it is. I think my strength lies in development. I hope I'll always be a part of coaching volleyball and mentoring or just being in and around the sport.”

Congratulations Lisa on the Coach of the Year Award! 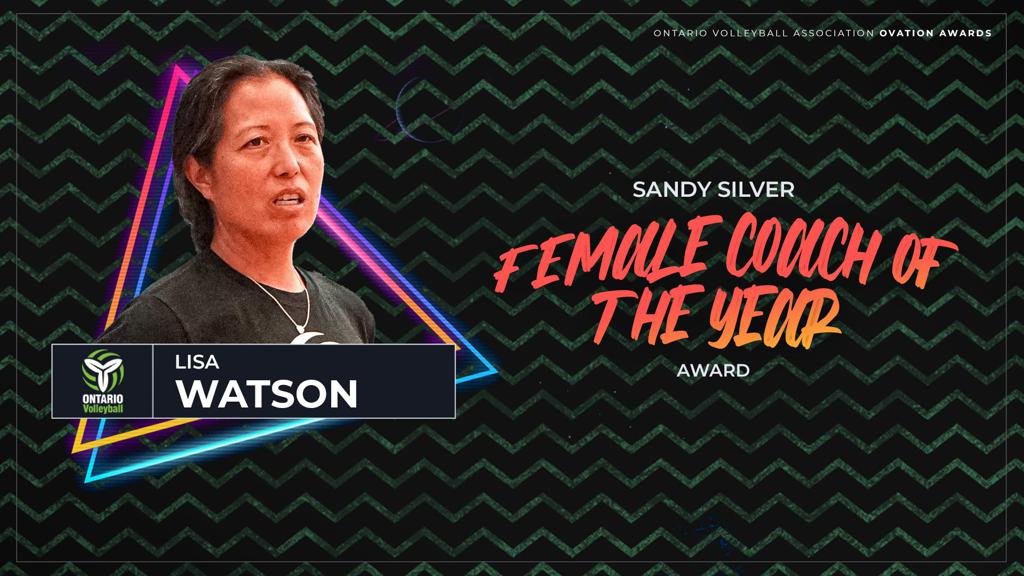