The OVA is accepting nominations for the 2022 Jason Senechal Memorial Award. The award recognizes a youth division beach athlete (male or female). Nominations will be accepted until July 25, 2022.

About the Jason Senechal Memorial Award

Since 2004, the OVA has honoured the late Jason Senechal with the award to help his spirit live on and in hopes for athletes to follow Jason’s lead by encouraging the qualities of honour, fair play and good sportsmanship.

In his time on the OVA Beach Tour, Jason managed to make a tremendous impact on all participants including athletes, parents, OVA Staff and Crew. With this award we aim to encourage all the values that Jason personified.

Jason’s athleticism, skill and dedication to excellence helped him excel in volleyball throughout his high school career and beyond. Jason’s talent also allowed him to excel in downhill skiing, badminton and table tennis. While playing on the OVA Beach Tour, Jason was able to capture a Provincial Championship and place 3rd at the National Championships.

Jason’s accomplishments go beyond podium finishes. He was involved with Athletes In Action doing outreach volleyball camps.
Jason also had the opportunity to compete in Thailand while teaching volleyball to children. 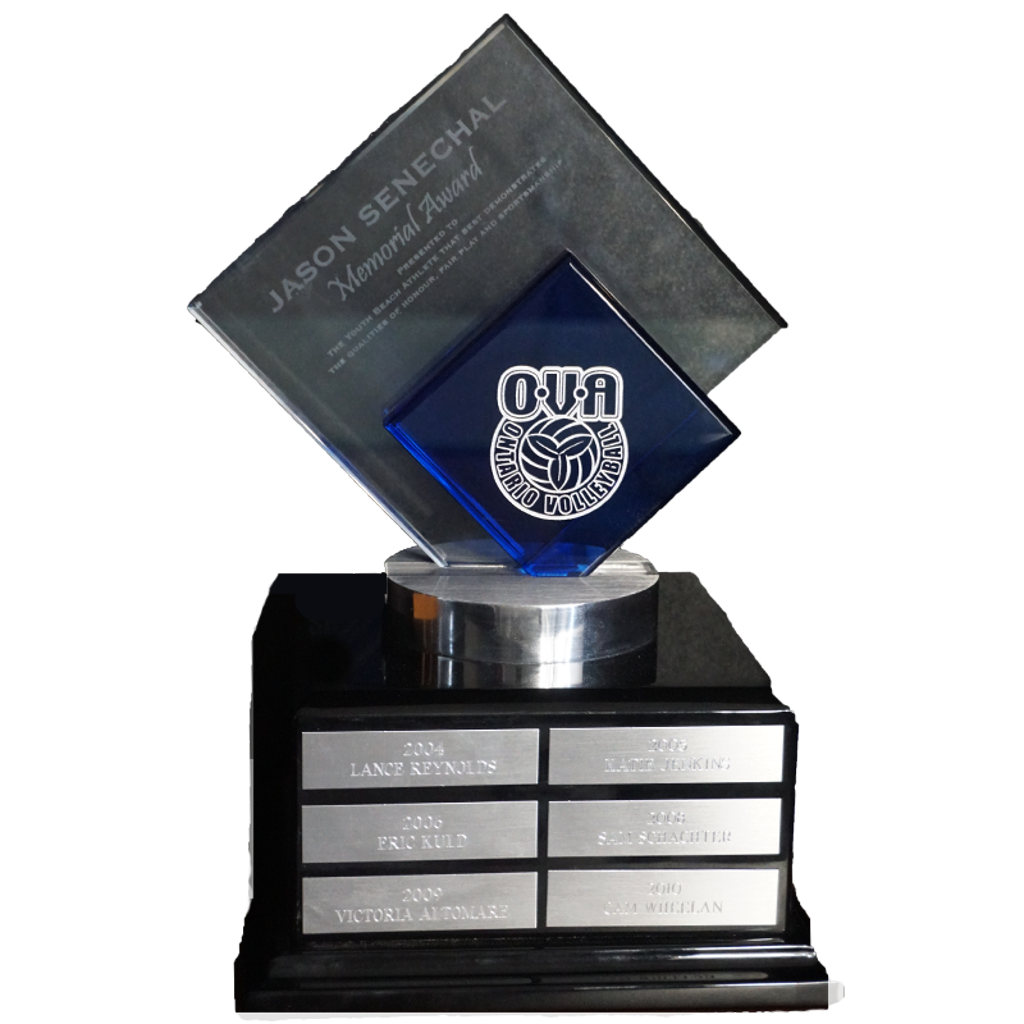