The Ontario Volleyball Association (OVA) is pleased to award the Officials Award of Merit to Renzo Milan. The Award is presented annually as part of the OVAtion Awards to a referee for their dedicated service to officiating in Ontario, recognized by their peers as a positive influence on those in the game.

Renzo Milan picked up the whistle and became a local referee in middle of the 1970s, receiving his certification as OVA official in 1977. By 1983 Renzo would seek additional opportunities to be more involved in the refereeing community; finding the solution as a clinician, taught the rules of the game, the etiquette from the stand and how to problem solve to the province’s referees new and seasoned. Renzo also started his ascension up the refereeing ladder, obtaining his regional referee status in the 1980s before receiving his National badge in 1990.

His service would continue into the provincial affairs of officiating as the Region 3 Regional Referee Chair in 1993 where he managed the assignments of his regional referees and ensured practical and developmental opportunities were provided to them. From here, Milan graduated to the OVA’s Provincial Referee Chair, spending seven years overseeing the programming and assignments for all referees in the Association’s six regions.

In his lengthy career, Renzo has refereed at National Championships in all of the country’s provinces with the exception of Saskatchewan and Newfoundland and Labrador. The Beamsville resident has additionally taken duties as the referee supervisor at a number of National Championships as well as the area supervisor for the Ontario Championships. Renzo continues to pull from his wealth of experiences to help other referees and continue his growing education of the game through the Referee Engagement Centre. Congratulations, Renzo! 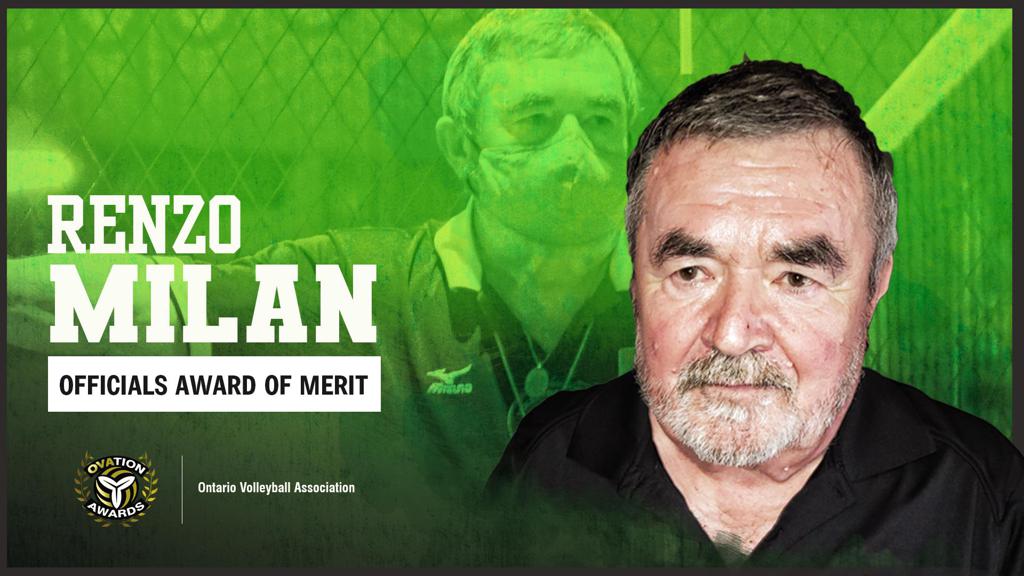