2021 Development Coaches of the Year announced

The OVA is pleased to announce Kevin Sherriff and Jamie Brownlee as Male and Female Development Coaches of the Year, respectively.

The Development Coach of the Year Award is presented annually to two outstanding coaches (one female, one male) for their history in developing junior athletes/teams within the OVA and for his/her contribution to the development of the sport of volleyball in the province.

Male Development Coach of the Year

Kevin Sherriff has been in the OVA with the Titans Volleyball Association since the start of the 2014 season, coaching the 12 to 16U age groups as well as being a key player in the delivery of the Clubs’ grassroots programs. Here, he has run numerous summer camps, drop-in programs, skills clinics and leads the charge for the Titans Heroes Program which introduces kids ages 9-11 to the game.

Although focused more on the development of younger athletes, the Titans coach has well-rounded mind and has lent his expertise in the realm of athlete development. At the helm of the Region 4 Girls team in the 2018 Ontario Summer Games, the gig has encouraged him pursue further involvement in OVA and Team Ontario programming.

A grade 8 teacher and coach in the Toronto Catholic District School Board, Kevin has achieved a high degree of success at the school level as well. A ten-year coach of the volleyball team at St. Richard Catholic with three consecutive City Championship wins and a Provincial Championship are more feathers Sherriff has added to his coaching cap. Before and after school, he continues to share his passion for volleyball by running programs for the grade 5-8 students. He advocates for his students to try volleyball at the club level, successfully helping the transition for many of his pupils. His education continued outside of the classroom as well, with coaching and rules clinics being organized and delivered for teachers across the City.

For your continued efforts to develop the next generation of volleyball athletes, the OVA is proud to award Kevin with this honour! Congratulations, Kevin. 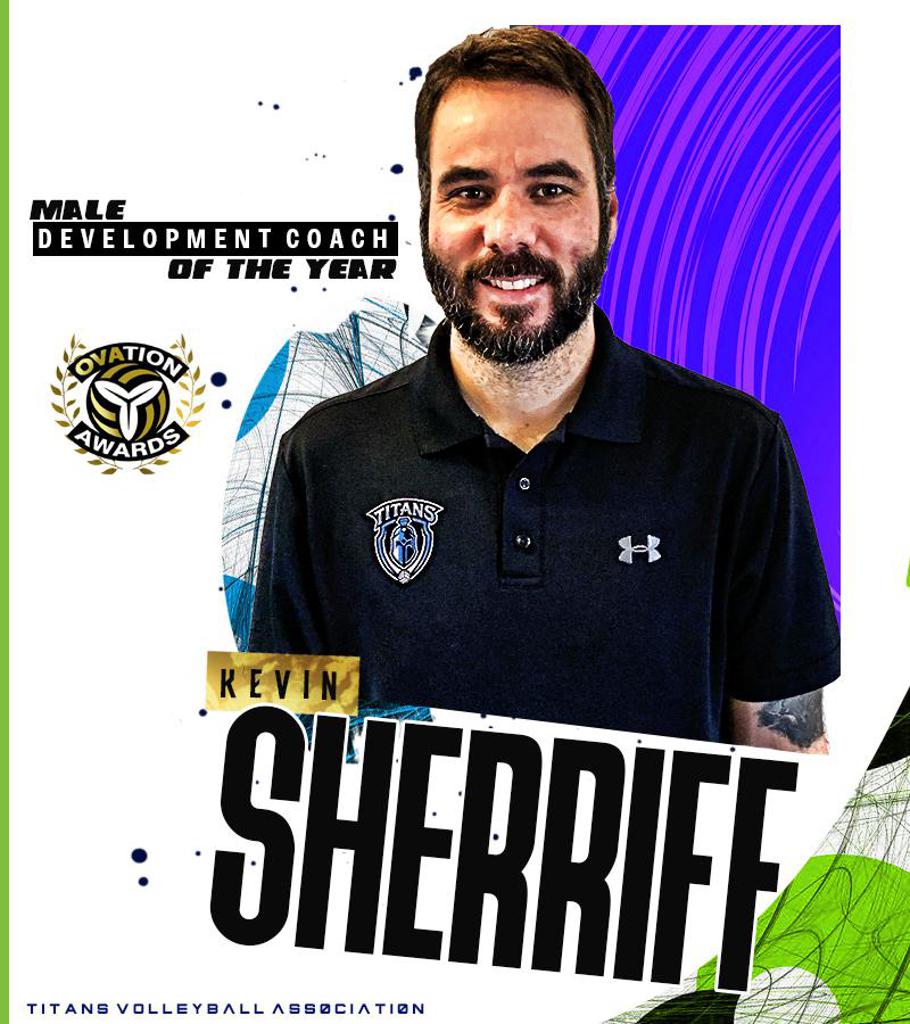 Female Development Coach of the Year

When Jamie Brownlee first began coaching in 2016, everything just clicked. Upon completing her developmental training, she landed a role as a head coach for a 15U girls team with the Simcoe Xtreme Volleyball Club and took that squad all the way to the top, rewarded with a silver medal at the Ontario Championships and a gold at Nationals.

After a few seasons with the Xtreme and hosting various programs and camps, Brownlee took notice that there was a need in her local community; a need for additional opportunities for youths to participate in recreational and competitive club programming. As a response, she co-founded the Norfolk Volleyball Club in 2017 and its ensuing Beach Program a couple years later.

The inaugural year of the Norfolk Volleyball Club (or Chaos Volleyball) saw only one team - the 12U Girls, but Brownlee quickly went to work to promote the Chaos locally. Soon the word spread and four years later the Club has amassed 100 athletes, 16 coaches and has expanded to offering 12-18U programs. The beach program Jaime started was hot out of the blocks with 32 teams registered in its first season. In fact, the program is so popular that it has a waiting list each year. For the Club, it's a good kind of chaos to have.

Jamie continues to coach a multitude of teams at her Club, tirelessly working to grow the sport in her community. Her efforts and demeanor as a coach are lauded by the parents of the Norfolk membership with many requesting their children to be placed on her team.

Thank you for your passion and dedication to the sport and for inspiring your community through your coaching. Congratulations, Jamie on this very deserving award!

The OVA will be recognizing and honouring individuals who have been making contributions to the growth and development of volleyball through the 2021 OVAtion Awards. Award winners in the Athlete and Service categories will be announced throughout May, digitally through the Ontario Volleyball website (ontariovolleyball.org) and across OVA social media channels. 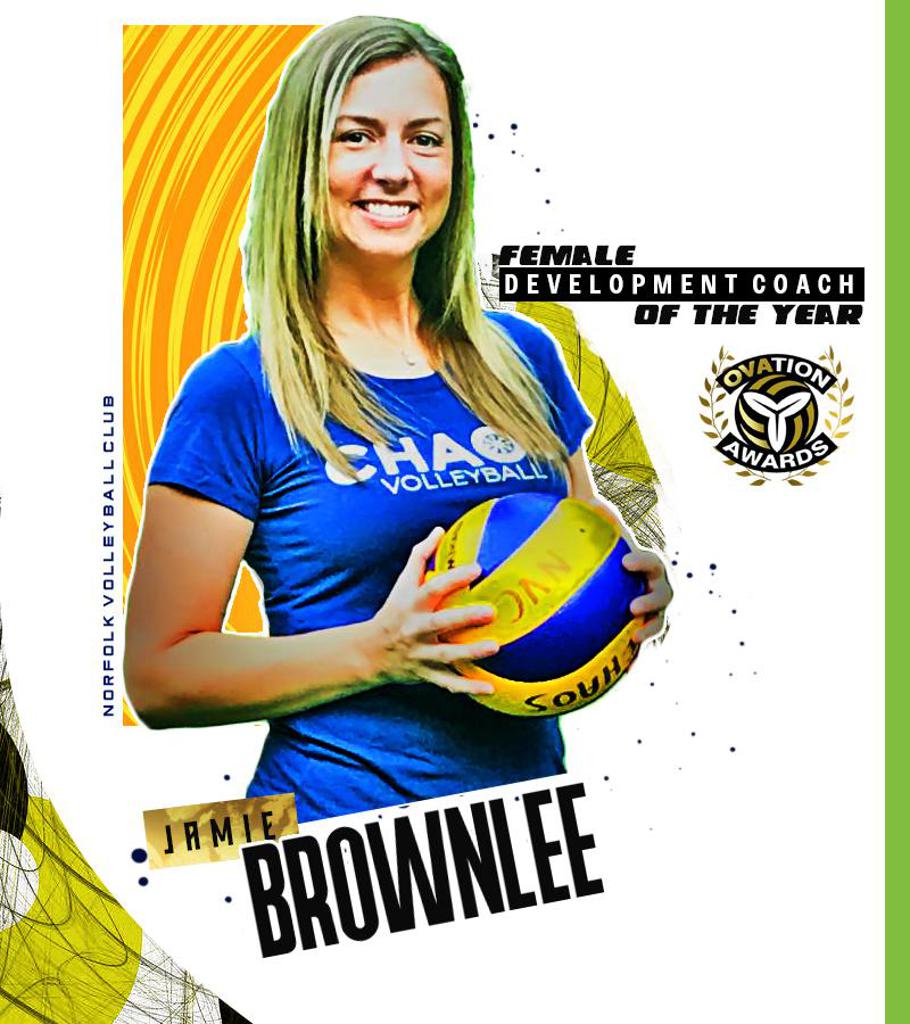