When the pandemic swept through our country and took it and everyone by storm, there was a cloud of uncertainty and it left the population with an overwhelming amount to think about as plans for the year changed in an instant. Would we be allowed to interact with our friends and family? Will businesses remain open, could we travel and would sports be able to continue? Let us take you back earlier in the year to the Niagara Region where at the dinner table with her mother, Ashley, 14-year old Niagara Rapids volleyball player Faith Gendron was thinking about how she could help kids who had no one to turn and talk to during all of this.

“At that time, school had just shut down and we were talking about being fortunate to have a family and a good home and we kept on that topic when Faith said ‘I wonder if there’s a way to help with that or maybe should donate?’” Ashley recalls.

Faith quickly began her research on organizations that supported the plight she and her mother were talking about at dinner. Wanting to help kids who had nothing to do or needed an outlet to talk to another, the services that Kids Help Phone offered through their text lines and responders spoke to Faith the most and decided it fit best what she was looking to accomplish and any funds she could raise would be sent to their cause.

“I felt like no one really thought of what was happening with this pandemic and no one looked at how it impacts kids who are in these situations of no escape; not just everyone worried about not being able to interact with people they know,” Faith said. “When you look at the bigger picture, there was a lot more that was happening so I thought that if I could make some sort of change and help kids in any way, it would be a good thing – for kids that are struggling to have some sort of outlet to speak to people for help and support.”

With the direction set, all that was needed was a way to raise money. In comes the idea of ‘Porch Pics for Kids’ and with the help of a video Ashley posted to Facebook outlining the cause, their local community welcomed the campaign with open arms and the two took to the streets of Niagara, going up and down the avenues of neighbours and the municipality to capture outdoor family photos – respecting physical distancing, of course.

“I went around to the houses that reached out to me and my mom and we took family portraits on their porches,” Faith remarks on the initiative’s premise. “They would donate in exchange for a digital copy and I took all of the donations and funds from everyone and donated to Kids Help Phone.”

Portrait by portrait, the funds collected began to grow and word spread rapidly to where Faith had vastly exceeded the amount she had set out to reach, raising a total of $2,510. The notion now of pursuing other community outreach initiatives is not off the table for this family.

“Originally, I had a goal of raising $500 but the fact that I raised over $2,500 really changed my knowledge of how big something like this could go,” Faith reflects. “I think with more research and practice, there’s a lot more I can do. I told my best friend and a couple people about what I did and some of them thought it was a great idea and when I told my coach (Marc Ferretti) he was extremely proud and said not many people would do anything like this and the fact that a 14-year old did was inspiring.”

Reaching out to others and bringing some positivity or support in their lives seems very apropos for someone named Faith, who Ashley says has always been a caring but modest kid.

“When kids grow up you’ll come home and you’ll hear a story of ‘this kid at school’ and we’ve always tried to teach her to be kind to everybody,” Ashley comments on Faith’s upbringing. “You don’t know what’s going on at home or why they might be acting that way because there’s more to that surface, so we’ve tried to teach her that along the way. She’s always been thoughtful and kind, so it doesn’t surprise me that she took this and ran with it.”

With the success of her family portrait fundraiser, Faith hopes it will inspire her friends, teammates and others to take action and help others in need.

“As COVID-19 is still ongoing, we never know if it will get worse or better but aside from the pandemic, there’s still these problems going on and there’s still ways that people can help so I’m hoping that by taking the idea of what I’ve done, they can turn it into something else by helping other people as well,” she said.

“I think that going forward, Faith can be inspired by a lot of things and I know some other discussions we’ve had is by finding somewhere locally in our own community that interests her,” Ashley says. “Issues regarding kids that can’t afford to play sports or something extra curricular and how she can support that. Nothing has come up with another fundraiser yet, but it’s something we won’t sit back on.”

Throughout the pandemic, Faith has spent her time adapting to the circumstances like most of the OVA athlete body by practicing volleyball at home. Despite the lack of sport and court time, this year has not deterred her from enjoying aspects of a regular life.

“I’ve gone outside a lot more often than I used to and went on bike rides with my friends. I didn’t really used to read but I’ve been reading a lot of books recently,” she adds.

Faith has been playing with the Rapids for three seasons. Before trying out for the club, she used to do competitive dance and since making the team, volleyball has become her passion.  Though she was admittedly surprised that she made the team, she has been working harder each year. The grade nine student was looking forward to her first season of high school volleyball at Eden High School but that debut will have to wait a little while longer, much to her disappointment.

"Her cousin played for the Rapids up until 18U and we've been hearing about it and she saw a couple of her games then she started playing," says Ashley. "It was exciting to go and the dynamic of the club and team environment, the parents, has been great. Coach Marc (Ferretti) has been one of the most genuine and supportive people I have ever met with the way he inspires the girls - it's just been a positive experience overall."

It's been a nice change of pace for the Gendrons, particularly the prep, as Ashley puts it.

"Coming from competitive dance, it's actually a lot easier because we'd  be used to the routine of you got to get up, do your hair, put on your makeup and do we have all the costumes," she goes over the typical morning of a dance event. "Now it's just put your hair in a ponytail and grab your shirt and we're out the door. It's never been a hassle; we've been really excited to get up and go to the tournaments."

Faith says that she's looking forward to playing volleyball up until 18U with the inclination that she wants continue playing post high school.  Normally a left side, she wants to pursue libero next year. 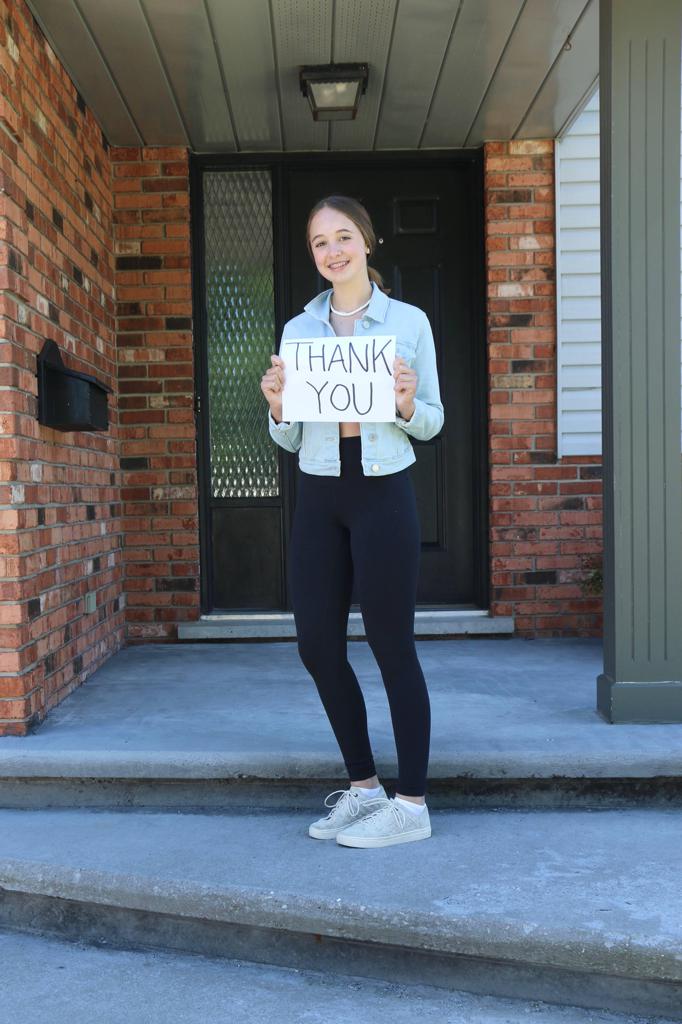