Corinne Williams has been involved with coaching for the past 28 years, beginning in 1992 with the Waterloo Tigers as head coach, working with athletes aged 14-18 years old, and successfully preparing them for competitions within the OVA and the United States. Corinne continues to coach the 17U girls purple team, is a member of the Executive Committee with the KW Predators. She has coached her teams to four-time Provincial Champions.

Williams started coaching with High-Performance athletes a few years later as the Team Ontario Women’s Assistant Coach. Over the three-year cycle, she assisted in the selection and development of the athletes for Team Ontario and acted as team manager for competitions outside of Canada, more specifically, tours of both Cuba and Mexico. The Ontario girls team finished fourth at the Canada Summer Games in 1997 in Brandon, Manitoba. In 2014, Corinne returned to the Team Ontario fold, this time as the Head Coach and is currently a mentor coach for the Regional Team program.

Corinne has also coached at the U-Sport level for the past 24 years. Starting in 1996, she assumed the Head Coaching position at her alma mater, the University of Waterloo, where she developed the philosophy and direction for the women’s volleyball program for competition within the OUA. After four years with the Warriors, Corinne transitioned to the Assistant Coach position at the University of Guelph. In 2004, she helped lead the women’s volleyball team to an OUA silver medal. Williams returned to the University of Waterloo as Assistant Coach where in 2019, the Warriors returned to the provincial big dance and earned a bronze medal at the OUA championship. 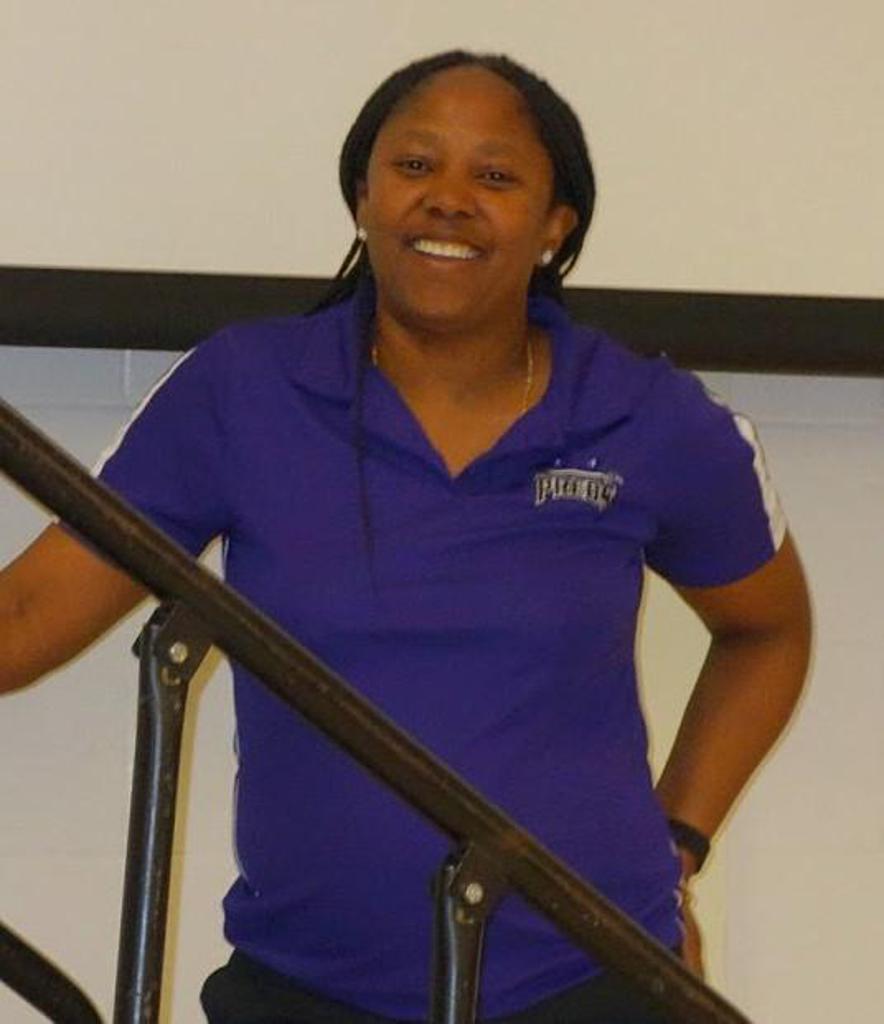 OVA: What are some hallmark moments through your distinguished career as a coach? Where do you see yourself as a coach moving forward?

It’s hard to say…I’ve been a part of teams that have won four Provincial Championships and, in each championship, it is was different. I had one team repeat and the others were three distinct groups – one of which was a boys team which was pretty cool. Spending ten years coaching at the university level capturing silver and bronze at the OUA Championships and then being part of Team Ontario.

I really don’t have a desire to coach at the National level. I think it then becomes a job and I enjoy it too much to take it that seriously. Even as the Head Coach at the University of Waterloo it was tough understanding that this is your job and balancing how do you make it fun while making sure that you keep on winning.

OVA: From the start of your career, where was the balance of maintaining that fun and coming back with the medals, titles, etc.?

When I started, it was all about the hardware and the wins but it never got away from building the team. The success of the groups of athletes that I coached is because we were able to build the team over the years. Going back to the three Provincial Championships I mentioned earlier, I had those athletes for three or four seasons before if culminated in a big win. So over those years, we build up the bases of a team that was then able to perform together and capitalize on the chemistry and put everything together by winning at Provincial’s…but it took some time.

OVA: Were you an avid volleyball player growing up?

I only played high school volleyball but anything that would actively get me involved, I did: basketball, badminton, track and field. My mom’s adage was “healthy body, health mind” so we were always involved. My club sport though, was box lacrosse which was a parent’s decision. My neighbours had their kids in it so my parents registered me in it and I stayed in it for ten years. The travel became more challenging and I decided to focus just on my high school sports.

OVA: Having played a myriad of sports, what the push towards choosing volleyball?

The thing I like about volleyball the most is that it is a team sport. I mean, basketball is also a team sport but you can have that one individual player that just stands out and dominates the game but in volleyball you need everyone else to do their job (and if you are the star, to make you look great). You get noticed as a team first.

OVA: Were there any challenges you faced when you first started coaching?

This happens with a lot of new coaches, which is the information you have about sports and how to organize teams and manage them is based on your own experience. So as a coach, I had to learn how to manage a team and as a young adult I had to learn to how manage parents. Those were the strong learnings and I’m someone who would’ve described myself as liking to be in control of things. I remember during my first years of coaching, I had full control of the team – I drove the teams to tournaments just to make sure that everyone showed up, I put the lists together of what athletes could eat. I was pretty much in charge of the whole orchestration of the team and I have changed so much since then. I learned that the militant style of coaching was just not part of my personality. 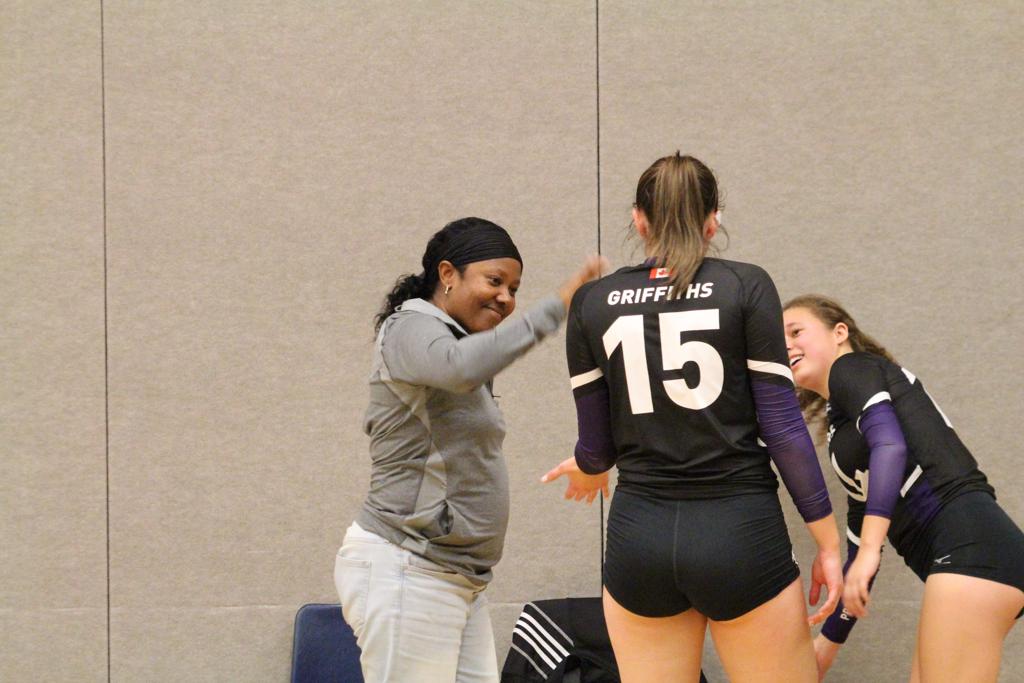 OVA: Have you noticed any changes in the sports and societal landscape since you began that has affected the way you coach?

The involvement in parents is a lot greater than it was previously, and whether good or bad, it’s an adjustment. The athletes have an idea of what they don’t want to do, or what may be better or what may seem better in terms of teams and volleyball play. So, in our current age, athletes are making choices about teams based on what they’re seeing other teams do or what they’re seeing other teams achieve and sometimes the loyalty equation goes away. I think that’s absolutely fine; if an athlete wants to play for you then they will.

OVA: Has your philosophy changed or has there been a strict set of principles that keep you grounded?

I’m a firm believer that if you believe you can do something, then you can do it. In try to impart that information to my athletes – it’s all about being positive and believing what you can do. That hasn’t waivered much. I still believe that the athlete needs to show up and do their best…and their best might not be the same as somebody else’s best, but my job as a coach is to try and get the best out of themselves. Sometimes it’s not one season that will do it but there’s going to be glimmers of positivity that happen throughout the year. You have to acknowledge that and let them (the athlete) know that you see the change happening.

As a philosophy, it’s team first. Always. The belief that anything is possible and bringing out the best in them and me.

OVA: Who were you mentors and were there any lessons from them that have stuck with you?

Maureen Long was one of our coaches at the University of Waterloo. One season she shared with us the simple poem “Thinking” by Walter D. Wintle.

"Success is peace of mind which is a direct result in self-satisfaction in knowing you did your best to become the best that you are capable of becoming."

OVA: What is the most important thing an athlete can learn from a coach?

I want the athlete to look at the team first and what their contribution is to make this team a better team. In order for a team to be successful, they’ve got to believe that they can be successful and bring what they can to the table. I find it very important for athletes to understand the importance of being a good teammate and contributing to the wellbeing of those around them.

OVA: What is the most important thing a coach can learn from a coach?

If you are coaching with someone, it’s important that any ideas and ideals that you share with each other has to find some commonality. You have to have a similar belief in what the purpose is. It’s naïve to think that there is only one way to do things and I think that the stronger coaching teams are those that are able to listen to each other and then build from their common knowledge to create a better ideal. There’s always room for compromise and a need to collaborate.

It’s been great working with the Team O Regional Program because there are a lot of young/new coaches and what we try to help them understand is that it’s a learning opportunity. Try not to have preconceived ideas and only have those ideas because, for me, every summer I get to work with the Program I’m learning something new. It may not be technical on how to coach volleyball but it maybe something new on how to work with people. There’s always something new you can learn to be a better coach and student of the sport.

OVA: Going back to the bridge from student to teacher, what was the easiest concept to understand when you started coaching?

The easiest and hardest thing was building the team. What I realized over the last couple of years is that teams have to go through the stages of development – the forming, norming, storming and then performing. They must go through that in order to do the performing that they want so as a coach you have to let that happen; you have to have a little chaos occur before everyone becomes aligned towards what you want to do. It’s funny when your PSYCH 101 comes back and haunts you like that but it’s so true regardless of the team you’re with. They need to learn that they are an important part in the group that’s there and their value-add is no more important or less than somebody else’s.

OVA: Why do keep coaching?

There’s more to learn but also, I have information to share. I want to share what I have with the athletes I get to coach and with these coaches I get to mentor. With those I get to mentor with TORP…how they are thinking and how they are seeing things is sometimes a revelation to me that I’ve never inclined before what they have so it makes me reconsider and keep questioning.

I also love the sport and love seeing athletes achieve their success and watching teams form.

National Coaches Week is being celebrated from September 19-27, 2020! Join us as we highlight coaches from Ontario who's commitments and devotion to the game has made great impacts on the programs and players they have been involved with and taught.

If you want to participate in National Coaches Week, the easiest way to get involved is by simply thanking your coach! You give a shoutout, share your support and share your stories on social media through the hashtags #ThanksCoach and #CoachesWeek.

For coaches, there are free and discounted NCCP courses that can be attended as well. Visit https://www.coachesontario.ca/events/coachesweek/ to find out how else you can get involved this National Coaches Week.