Ta and Pellegrino Awarded as Coaches of the Year 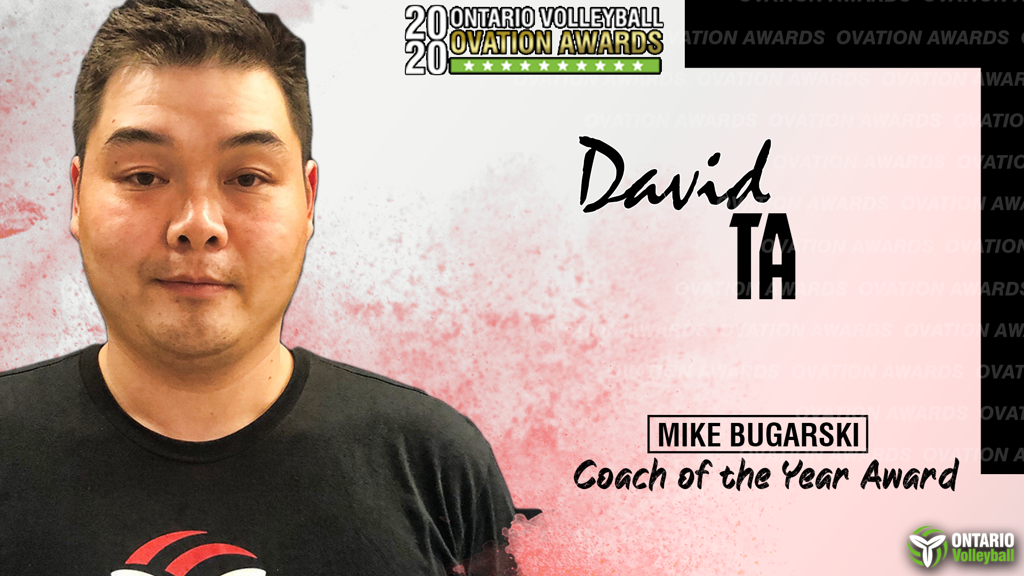 For the past 16 years, David Ta has been involved in the volleyball community in a variety of capacities, but none have left an impact like his coaching prowess.

David made his post-secondary coaching debut in 2003 following his own playing career, choosing to sport the University of Toronto colours. It was there here refocused his perspective and expanded his knowledge of the game under respected Head Coach Jeff Chung, a former national team and post-secondary standout setter. He would remain with the Blues until 2005.

To compliment his newly minted experience, Ta, parleyed his acquired knowledge to the youth aged Toronto West Volleyball Club starting in 2004. Joining the club was not only a place to expand his coaching acumen, but it was where he would be influenced by his most consistent mentor, Hank Ma, the coaching stalwart of the program, and continue to hone his coaching style and skills.

In 2016, David would venture back into the high-performance stream, dedicating his time as an assistant coach for Region 5 at the Ontario Summer Games before returning as the Head Coach in 2018. As part of the high-performance stream, he also assisted with the Regional High-Performance Program in 2017 before becoming an assistant coach for the Team Ontario Red program and Team Ontario Elite Programs in 2019. Always aspiring for new coaching experiences David not only shares his expertise with athletes from Ontario, but he also brings his coaching experience to the national stage working with Volleyball Canada’s Regional Excellence Program members.

David is currently the York University Lions men’s team Assistant Coach, and Technical Director of the REACH Volleyball Club. During the 2018-19 season, he was the Head Coach for both REACH Prime 17U Girls team and the REACH Smash 18U Boys team. The 17U Girls Reach Prime team placed fifth at both the Ontario Championships at the Division 1 Tier 1 level and Volleyball Canada Nationals. Playing up an age group in the same season, the team also earned a ninth-place finish in the 18U division at the Ontario Championships. Similarly, the 18U Boys REACH Smash team placed seventh at Ontario Championships in Division 1 and placed fifth at the National Championship. David continued coaching this past season, where he was the Head Coach for the 18U Girls Prime and the 16U Girls Apex teams. Off the court, David continues to grow the sport as a local Volleyball Canada Official.

In 2019, he was awarded the Recognition Award at the Ontario Volleyball Association’s annual OVAtion Awards Banquet and is the deserving recipient of the 2020 Mike Bugarski Male Coach of the Year award.

Presented annually to an outstanding male coach for his success in the previous season and for his contribution to the development of our sport in Ontario.

History: Mike Bugarski (1936-1992) was a club coach, National Official, Provincial Official’s Chair, clinician, and high school coach. He was a volunteer that unselfishly contributed thousands of hours to the development of athletes and leaders in the sport for more than two decades. 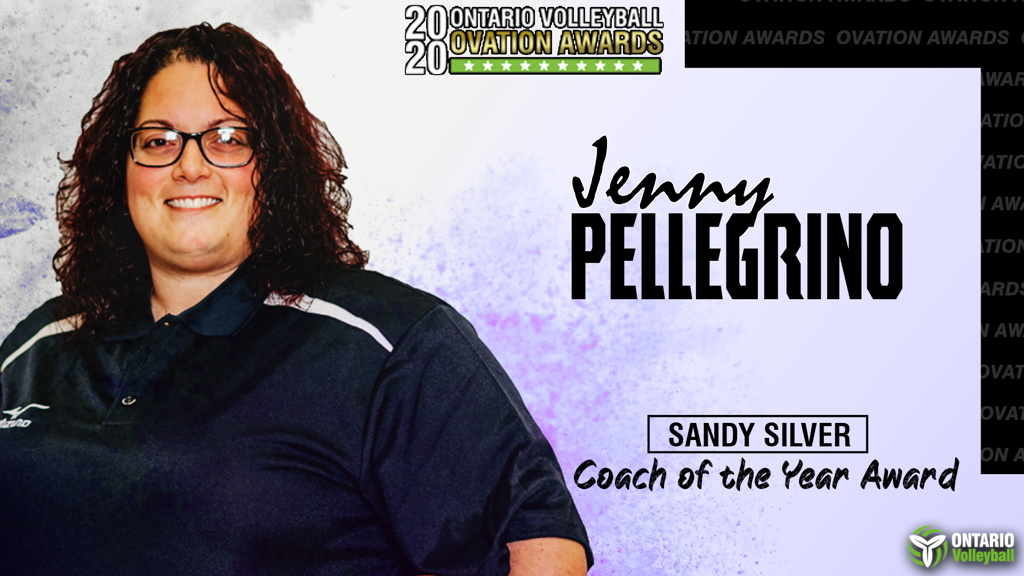 Jenny Pellegrino began her coaching career more than 12 years ago and continues to be a positive mentor and influencer by developing volleyball across the province. Finding her niche coaching, Jenny has left her mark in a plethora of areas including club volleyball, high performance, and by coaching at post-secondary institutions.

Her passion for coaching was stirred in 2008 while coaching the Burlington Blaze Volleyball Club, a program she would spend eight years at. During her tenure she was committed to instilling the fundamentals of the game, ensured a safe environment to participate while continuing to learn and establishing relationships with the Ontario Volleyball Association and clubs. Following her time in Burlington, Jenny would make a short move down the road, hanging her shingle with Mountain Volleyball Club for one year before transitioning to the Smash Raiders Volleyball Club, where she has been the head coach 17U Generation girl’s team for the past three seasons. Jenny also lent her expertise as a mentor coach for the 16U Generation team for the 2018 season.

During the summer of 2016, Jenny was selected as the Assistant Coach for the Region 3 team competing in the Ontario Summer Games, helping guide the team to a silver medal. Lending her experience to the team, she supported coaches with practice plans and game warm-ups implementations, ensuring athletes were ready for competition with their best foot ready to move forward. In 2017, Jenny would continue to develop her coaching skills as a High-Performance Coach for the 14U indoor age group focusing on building an effective learning environment while improving her team’s skills, leading to the team’s success.

In 2018, she took another step forward in her coaching career and was selected as the Head Coach for the Region 3 team. This time steering the ship, she guided her team to a bronze medal at the Ontario Summer Games. Collaborating with other regional coaches to implement practice plans while supporting the Long-Term Athlete Development Model, she was consistent in provided feedback for the young athletes to help improve their developmental skills and fuel their love of the game. Jenny also began working with the Team Ontario Red team in 2018 as an apprentice coach and is currently the Team Ontario White Head Coach for the 2019-20 season.

Jenny has always looked to expand her experiences and knowledge and has coached many athletes through the post-secondary institutions of Brock University and Niagara College. In 2017, she apprenticed for the Badgers program before furthering her coaching career as an Assistant Coach for the Niagara Knights women’s volleyball team.

Her willingness and ability to share her wide variety of experiences, skills, and passion for the game of volleyball is notable in making Jenny a deserving recipient of this award. Thank you for all your hard work over the many years of coaching and congratulations on winning the 2020 Sandy Silver Female Coach of the Year Award!