The OVA is excited to announce the individuals who have been awarded with the Achievement Award as part of the 2020 OVAtion Awards digital celebration.

The Achievement Award is presented to an individual who has had an impact on volleyball development at the regional or provincial level for 10 years or more.

The OVA is pleased to announce the following to the 2020 class: 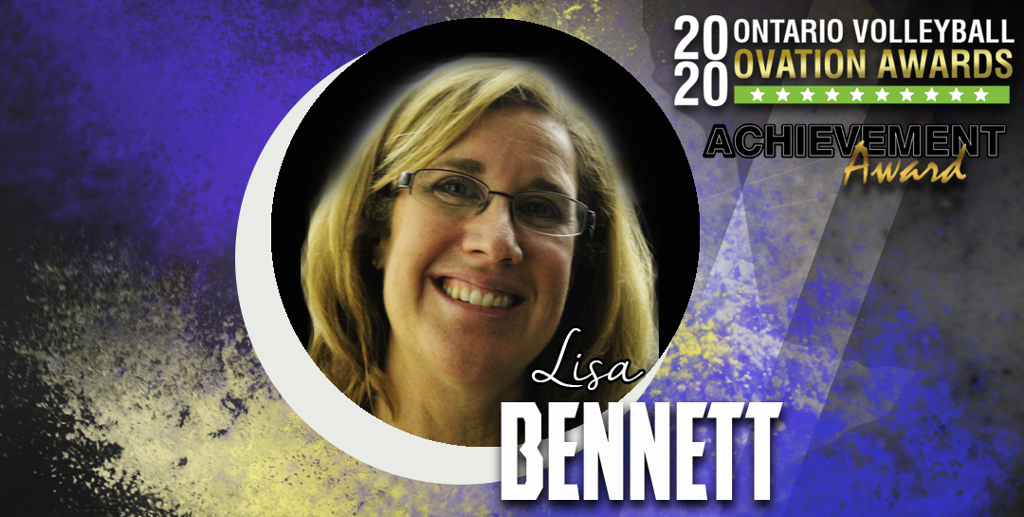 Lisa Bennett is the co-founder of the Twin Bridges Volleyball Club in Sarnia, Ontario. Over the past 42 years, she has played the sport competitively and recreationally and provided many growing and development opportunities for athletes across the province.

Starting in 1978, Lisa was an athlete for the first 15U-16U girls OVA travel team for the Sarnia Women’s Volleyball Club. Lisa played for the junior and senior girls' volleyball team at Northern Collegiate High School for three years while continuing to play for the club all the way to the 18U age group. Following her youth playing career, Lisa continued on to play at the post-secondary level for the Lambton College Lions volleyball team for three seasons and continued to play until 1996 in the Sarnia Women’s AA Competitive Recreational Volleyball League.

Beginning her coaching journey in 1985 where she coached a girl 14U travel team in Sarnia for one year, Lisa became an assistant coach for the 16U girls’ teams for Spikes Volleyball Club in Sarnia in 2001 and coached both boys and girl’s volleyball at Cathcart Boulevard Public school for seven years until 2009. In an effort to provide opportunities to others who shared her passion for the game, she started a house league program at Northern Collegiate in 2003 and assisted with the Lambton College Volleyball Summer Camp from 2005 to 2007.

In 2004, Lisa co-founded the Twin Bridges Volleyball Club and has been described as the glue that holds the club together. A year after establishing the club, she organized the first grade 5-8 Fall and Spring House League for Twin Bridges Volleyball Club that continues to be successful in raising funds and visibility of the club. Lisa works tirelessly to ensure teams are registered, deadlines are met, and programs are within budget. Continually a promoter of the grassroots effort, Lisa has tirelessly promoted and initiated OVA programming ranging from Triple Ball, Smashball, to Parent and Player Volleyball with a Smashball twist to her community. Not one to sit on the sidelines, she also looks to help coach a competitive team whenever needed and encourages her coaches to participate in coaching clinics and e-learning opportunities.

Lisa’s passion for the sport and excellent organizational skills are the driving force behind all the initiatives undertaken for the Twin Bridges Volleyball Club. With her efforts and those of the ones she leads, Sarnia athletes and parents are drawn toward the tremendous values she exudes while being involved in the lifetime sport of volleyball. Congratulations Lisa!

Dale Huddleston has been a fundamental piece in growing the sport as a coach, official, evaluator, and mentor for many athletes, coaches, and officials throughout the province. Dale was essential in developing a provincially recognized volleyball program at Ernestown Secondary School in the Kingston region where the boys and girl’s volleyball teams won twenty combined Eastern Ontario Championships and six Kingston area championships. The boys’ volleyball team made 12 appearances at OFSAA, winning a bronze medal in 1998 and a silver in 2002.

Outside of coaching, Dale continues to give back as a nationally accredited volleyball official working games for more than 41 years at all levels. He has been described as an invaluable resource to coaches, officials, and athletes and many of his former protégés have gone on to major achievements in athletics, coaching, and leadership due to his inspiration and guidance throughout the years. Congratulations Dale! 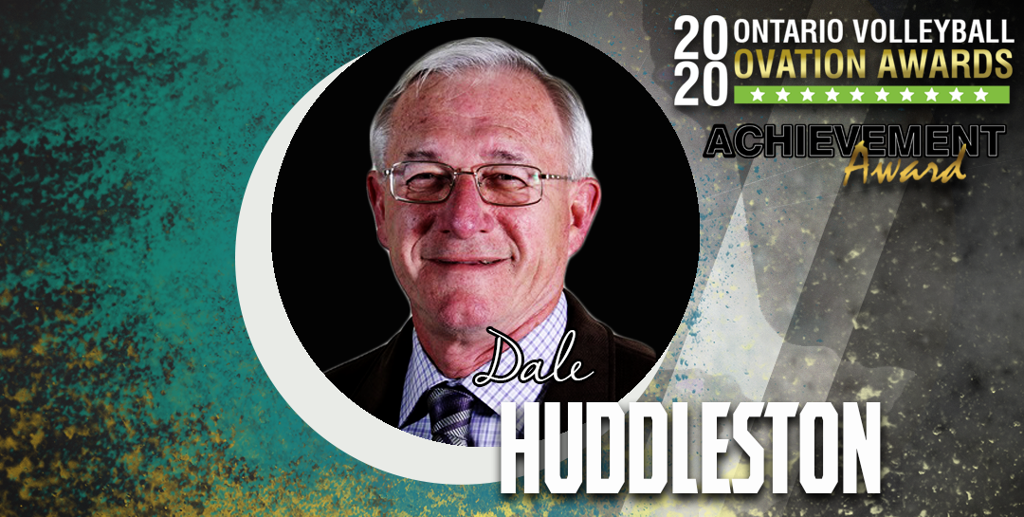 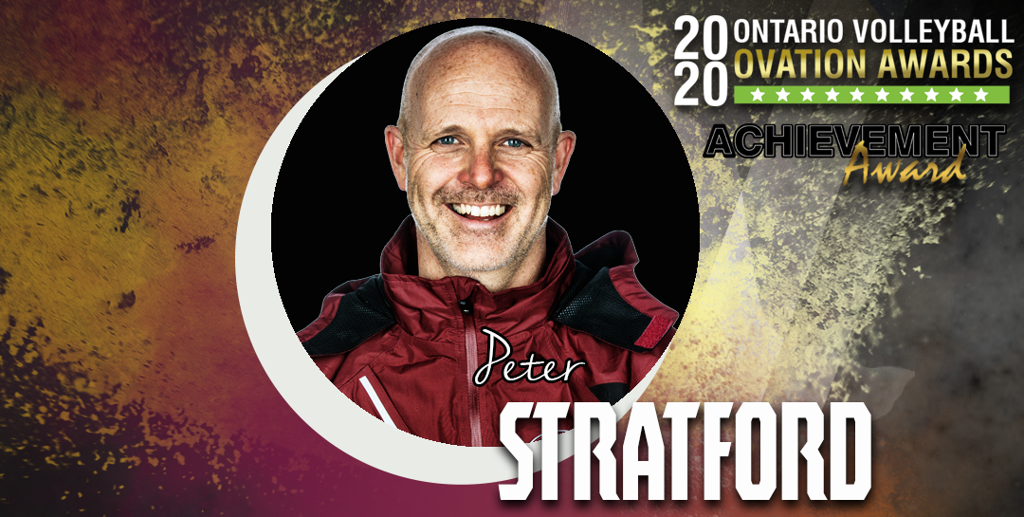 Peter has been involved with volleyball for over 30 years and continues to promote the sport in the community today. Peter’s coaching career started in the Halton District school board where he is a Physical and Health Education teacher.

Over the past 27 years, Peter has coached both junior and senior girls at his elementary school and acted as the coordinator of the Elementary School Provincial Volleyball Cup and the Course Director for Elementary Athletics at the Ontario Educational Leadership Center. The commitment and dedication did not go unnoticed and in 2012 Peter was honoured at the Ontario Sport Awards with the Syl Apps Volunteer Award for his outstanding work with intramurals and developing a strong base for student involvement in physical activity and sport by the Canadian Intramural Recreation Association.

Away from elementary school volleyball, Peter strives to grow the sport through coaching club volleyball. Peter started his club volleyball career with the Raiders Volleyball Club where he was an integral part of the development of female volleyball players ages 12 to 17 years old throughout the Hamilton and Golden Horseshoe regions. During his six years with the Raiders, Peter coached numerous club teams at all levels resulting in bronze, silver, and gold medal performances at OVA tournaments. Peter moved on to coaching with the Smash Raiders for six years where he coached the 14U to 17U age groups with his teams competing in the Ontario and Division 1 Eastern Canadians, where they captured a silver medal.

Since 2010, Peter has been a part of the coaching staff for the Mountain Volleyball Club and has always brought with him a developmental attitude and winning record. Peter has coached 13U to 16U teams and is currently back to coach the girls 14U Fuji team. Outside of coaching, Peter is the leadership coach at the Mountain Volleyball Club leadership weekends hosted by the club for athletes. In addition to his coaching skills, he maintains a positive relationship with all members of the club and shows a genuine concern for their well-being on and off the court. Peter is heavily involved with the club executive and the administrative side of the business, currently acting as the Club President, Registrar, and Treasurer. In 2018, Peter was recognized by the Ontario Volleyball Association as the Male Developmental Coach of the Year.

Ray Kong has been described as one of Storm Volleyball’s most valuable people and known for developing the sport of volleyball in the region. Being a retired high school teacher, Ray coached many different sports at his school and helped foster the love of the game in each individual athlete. Ray started coaching when his daughters began to show interest in the sport, and he was involved with their teams as either an assistant or a head coach for their entire volleyball careers. Ray had the opportunity and pleasure to be the Assistant Coach for Merv Mosher where he and his daughter both learned from a respected master of the game.

Although both of his daughters have now moved on to university, Ray continues to dedicate his time to the club by coaching the competitive teams, facilitate summer camps and clinics, and acts as Storm’s Head Coach and Technical Coordinator for Storm League which is open to anyone. Currently, Ray is working with three different age groups for this season and continues to recruit athletes from various sports to sign-up for the Storm Volleyball Development Programs and the Storm League. Congratulations Ray! 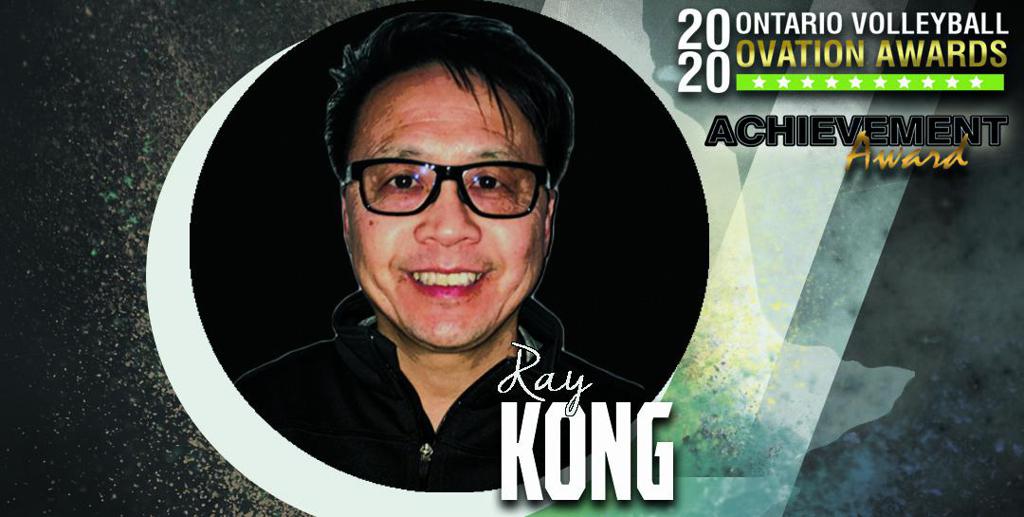