October 28, 2019 - Region 3 Regional Referee Chair Samara Sevor saw plenty of volleyball action at the CISM World Military Games that were held in Wuhan, China from October 19-27, calling the tournament's most critical matches.  Sevor served as the First Referee in both men's and women's semi-final, Second Referee for the women's Gold and men's Bronze medal matches as well as the Challenging Referee in the Men's Gold medal game.

The certified NORCECA International Continental Referee also took the stand last year at the 2018 CISM Volleyball Championships in Edmonton, Alta. At the recent games in China, Sevor was the only Canadian International Continental Referee attending the Games and was one of only four female referees at the competition.  Sevor has been refereeing for 15 years and the Military Games adds another notch in an accomplished career. 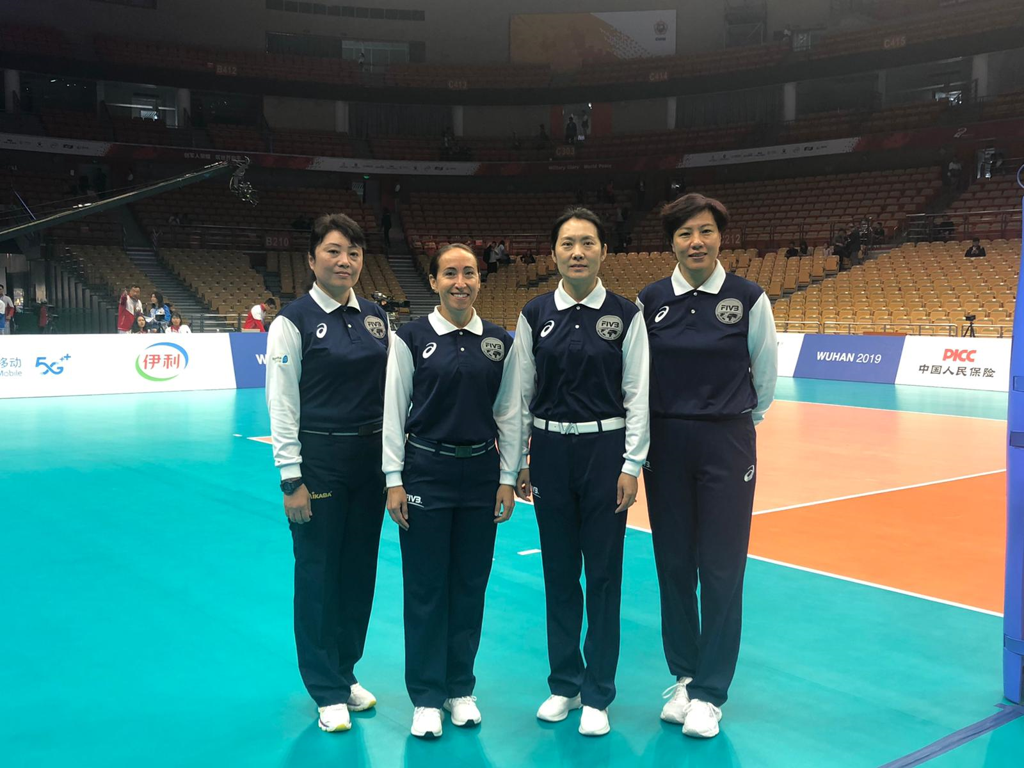